Galway’s Pioneering Aviators of the Future are honoured

The Science Gallery in Dublin will today honour 3 teachers and 12 schoolchildren from County Galway who last year were crowned the first ever “Aviators of the Future” in The Galway Education Centre’s ground breaking new project in partnership with the National Flight Academy in Pensacola, Florida, USA.

Tonight the impressive group will meet Daraine Mulvihill from RTE’s The Science Squad at The Science Gallery where they will update her on their successful trip to the states last summer and their special six day residency on board the NFA’s simulated training aircraft carrier, Ambition. The team from Galway were the first ever international students to participate in this program. 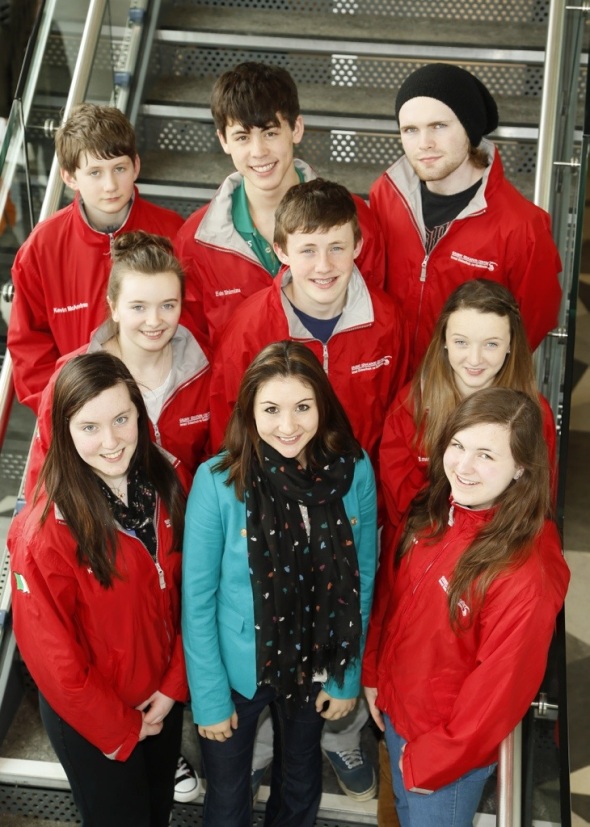 Speaking ahead of tonight’s function, Bernard Kirk, Director of The Galway Education Centre said, “ We are delighted to be bringing these young Aviators of the future to the flagship centre for science and technology in this country! It is a wonderful opportunity for the students to meet with Daraine Mulvihill and it is so important for them to be recognised for this huge international achievement”.

Mr Kirk credits the innovation, dedication and international respect of teachers in Ireland, as playing a key role in the success of this project. Kate Murray, a principal of a small rural school in Clontuskert, County Galway spoke of her involvement; “For the pupils at Clontuskert National School to get an opportunity like this is life changing. This project is a classic example of how dreams can be brought to reality to the benefit of our young people in the STEAM subjects”.

The National Flight Academy is a subsidiary of The Naval Aviation Museum Foundation in the United States. The Galway Education Centre have for some time also been running programmes such as FIRST LEGO League and The CREST Awards here in Ireland in an effort to also recognise and reward excellence in these important STEAM subjects for Irish Students.

This entry was posted on March 26, 2013 by aviatorofthefuture. It was filed under Uncategorized .

The National Flight AcademyJuly 26, 2013
We have arrived in Pensacola!