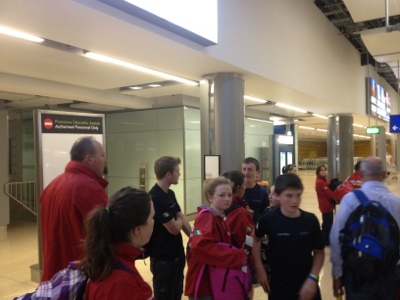 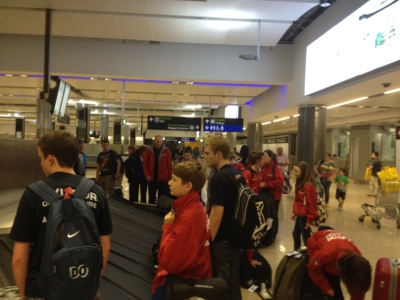 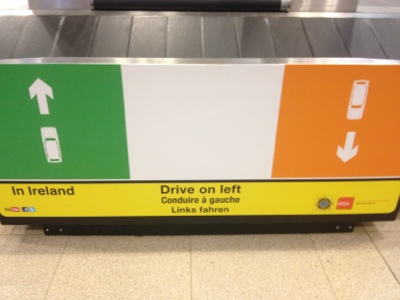 Paddy will be happy to be back on the left (the right side) of the road!

In the DC9-50 From Pensacola to Atlanta 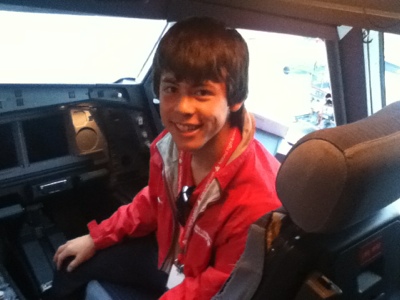 Saying ‘Goodbye’ to Kathy Denkler! Thanks Kathy for everything!

Paddy and Maeve lead the way 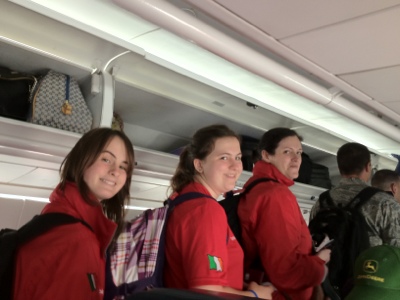 Today we woke up at 8am and an announcement was made at 9am to say that we were having Krispy Kreme doughnuts for breakfast! It was delicious! After breakfast our new friend Brianna came over to say goodbye to us all. We played air hockey and ‘ninja’ with chief Chrissy all morning until we were told we had to leave to go to the airport.

We said goodbye to all of our new friends outside of the airport. Our flight to Atlanta took off at 14:30. We had a two hour layover there where we ate our lunch and our next flight to Dublin left at 18:00.

It was sad to say goodbye to all of our friends who have been so kind and helpful to us this past week. I hope that I can stay in touch with them and that I can meet them again some time.

I think I can safely say that our trip was a huge success. I enjoyed every minute of our journey and I really hope that I can go back to Pensacola some day.
-Eve Sheridan

What a night! We had a draw and Eoin was chosen to throw the first pitch at the Blue Wahoo game versus the Chattanooga Lookouts. He was representing the National Flight Academy.

The Irish Ambassadors were asked to stand on the dugout to cheer on the Wahoos at the end of the fifth inning!
Here is the whole group out on the baseball field at the end! What an honour!

Thanks to Kathy, Kevin, Teresa, Mark, Chip and Rob for organising such a special final night or us.

Eoin on the wind-up!! 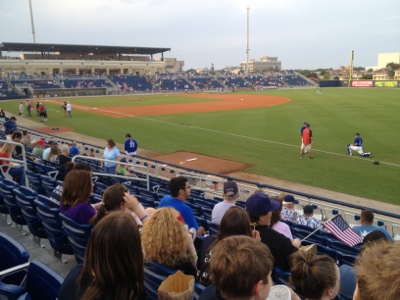 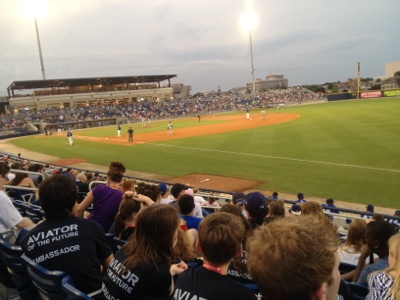 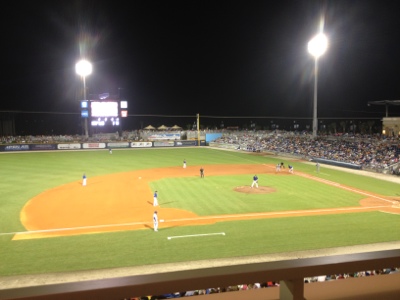 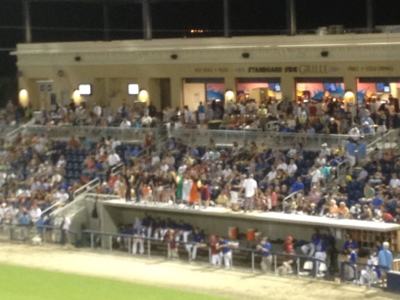 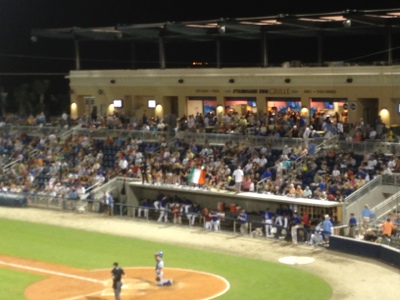 Today on our last day in the National Flight Academy was a day that all of us AXPs will never forget. To start the day we had our graduation ceremony in the Aviation Museum. Each squadron was called out one at a time by our chiefs. We all received a certificate, a squadron photo, a badge and a brooch. At the end of the ceremony all the Irish AXPs had a picture taken with the Vice Admiral, who gave each of us a medal which was a great honour.

After saying an emotional goodbye to our new friends, we headed to the mall for some last minute shopping! To finish off an amazing day we went to a local baseball game, the Pensacola Wahoos versus The Lookouts. It was a new and exciting experience and even though the Wahoos didn’t win, we had a great time living the real American life. We are very grateful to everyone at the National Flight Academy and to Kate, Paddy and Maeve also. We have had a brilliant time here and have learnt many new things and made numerous amounts of friends. 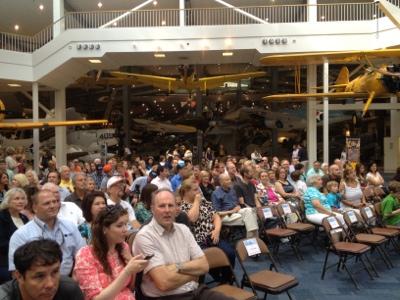 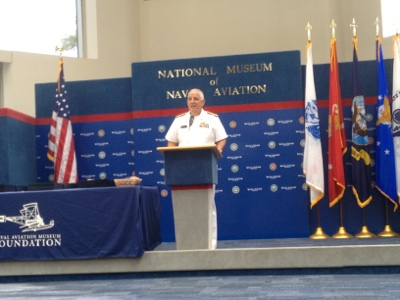 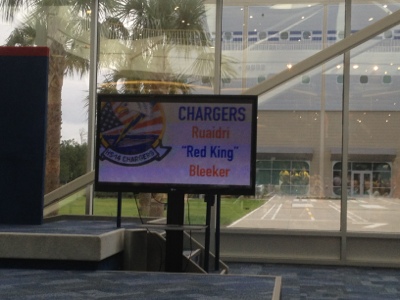 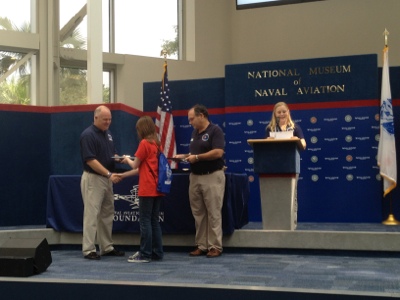 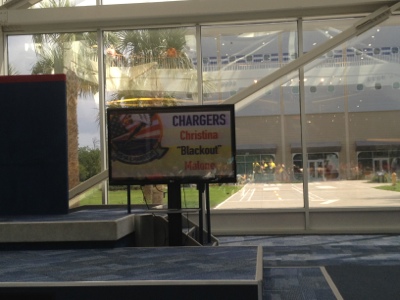 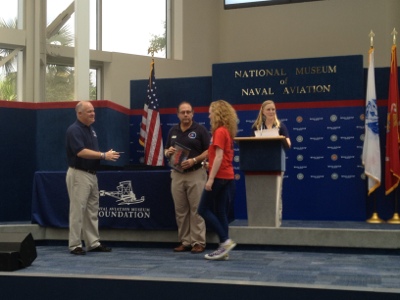 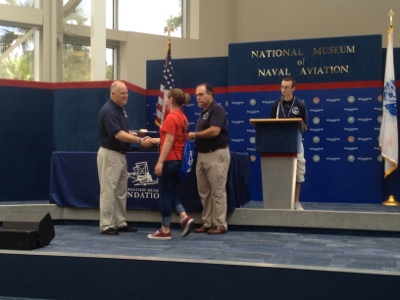 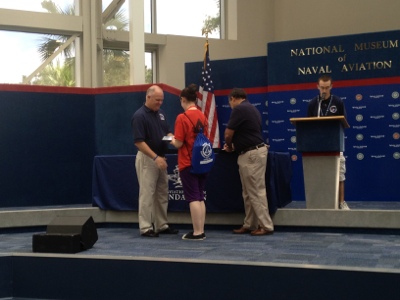 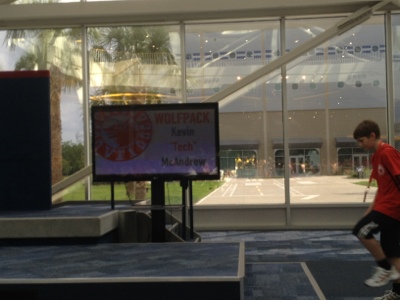 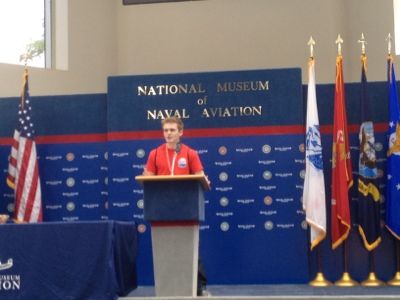 AXP of the Week; Ruaidhrí Bleeker from Galway, Ireland. Well done Ruaidhrí, we are all very proud of you and what a fantastic speech!

With our hero, Kathy Denkler.

Aviator of the Future Programme on Galway Bay FM

Kate Murray will speak about the Aviator of the Future Programme and the National Flight Academy on FYI Galway with Antoinette Giblin between 5pm and 6pm today, Friday. (Pensacola time : 11am-12noon)
You can listen live here: http://www.galwaynews.ie/galwaybayfm 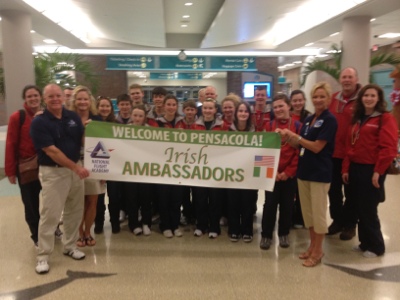 All hands on deck

Relive the adventure! All hands! 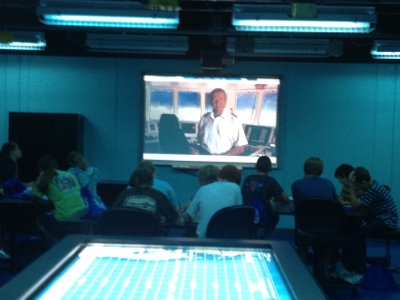 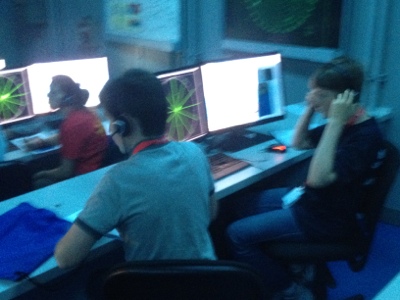 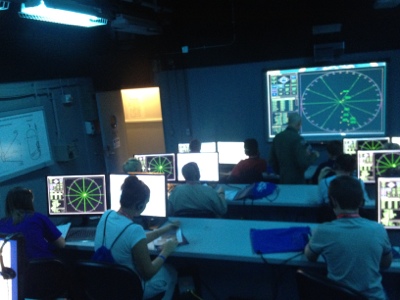 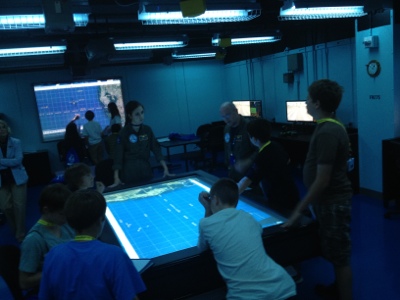 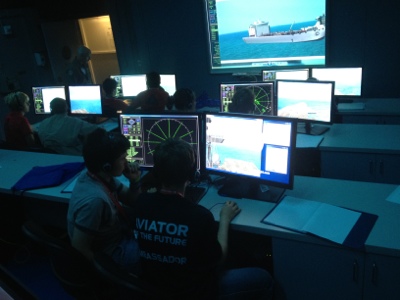 Today at 10:30 AM, the cruise liner Tropicale crashed into an oil tanker called Gulf Sunset on the gulf of Mexico. This triggered an alarm in Ambition in which all AXP’s ran to their battle stations to try and respond to this terrible disaster.

Although, it was a simulation it felt so real being involved in this disaster. The situation escalated when we found out that OPSO O’Rear’s parents were in the cruise ship when it was hit so emotions were running high.

We continually attempted to put out the fires that had risen from the debris that was left. We used WASPs (Water Activated Support package) which are really just baking powder. We also had to try to retrieve people from the choppy waters below as a low pressure anti-cyclone moved in from the west. It was very exciting but also very nerve-racking as we tried to save 2317 passengers from the two ships.

Eventually after 10 hours of hard work, we managed to recover all passengers. Only a few were seriously injured after some dodgy piloting by our Irish AXP’s (you know who you are). As we watched the final evening entertainment provided by the AXP’s who had lost their bags and had to dance to get them back (Irish included), we reminisced about the amazing week we have had here.

All the staff here have been so good to us, and so patient with our “translations” all week. All of our chiefs from the two squadrons, Chief Kerrigan (of Irish descent), Chief Thompson and Chief King have been wonderful and have kept spirits high the whole week. OPSO O’Rear and IO Laton have been fantastic giving us the skills needed to prepare for and complete our missions. We have successfully rocked the JOC every day and have flown brilliantly with the help of everyone here.